How Much Do You Know About Solar Power?

How Much Do You Know About Solar Power? 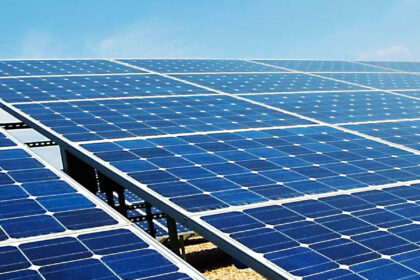 With all the news regarding solar power these days, how much do you actually know about it? If you are considering having solar panels installed in your home but think it is only for the eco-minded individuals living in the rural area, then it’s time to bring your sun smarts up-to-date.

The Types of Solar Panels

There are a number of types of solar panels, but the most common type is the photovoltaic (PV). This type absorbs photons or light particles from the sun. The photons then create an electric current when they flow through the semi-conductive materials of the PV panels. Since these are solid-state technology, the panels’ parts do not move, diminishing the risk of breakage and malfunction.

Aside from PV panels, solar thermal panels also play a part in the solar-collecting game. These panels do not produce electricity like PV panels do. Instead, they absorb sunlight to collect heat energy. Solar thermal collectors are the ones most often used in residential water heaters. But in a larger operation, the water heated by these panels are used to produce steam that powers electrical generators.

Compared with PV panels, solar thermal collectors are typically less costly. However, since they have to be moved to track sunlight, they are generally harder to use. Also, because they can’t collect diffused light like PV panels do, they do not work so well on overcast days.

Turning all the collected energy into power will not be possible without a device called inverter. An inverter is what turns the energy created at a solar panel into current that powers appliances and devices such as computers, coffeemakers, HVAC systems, and the like. From direct current (DC), inverters convert the power into alternating current (AC).

Though many associate solar power with PV panels, they are not always the way households are powered by the sun. Any type of solar panel that utilizes any mechanical or electrical equipment such as pumps and fans to increase its output and efficiency are considered an active solar technology. Thermal collectors with water circulating pumps are another example of active solar technology.

What you can read next 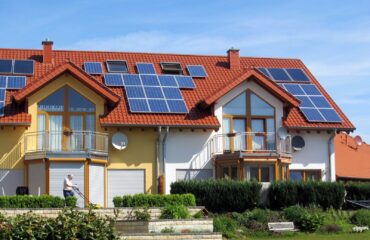 Your Questions about Solar Energy, Answered 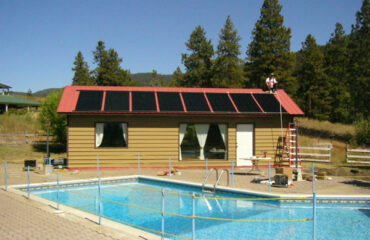 Solar Heaters for Your Pool